How Has TikTok Changed The Music Industry?

TikTok is nothing short of a phenomenon in the world of social media and digital culture. 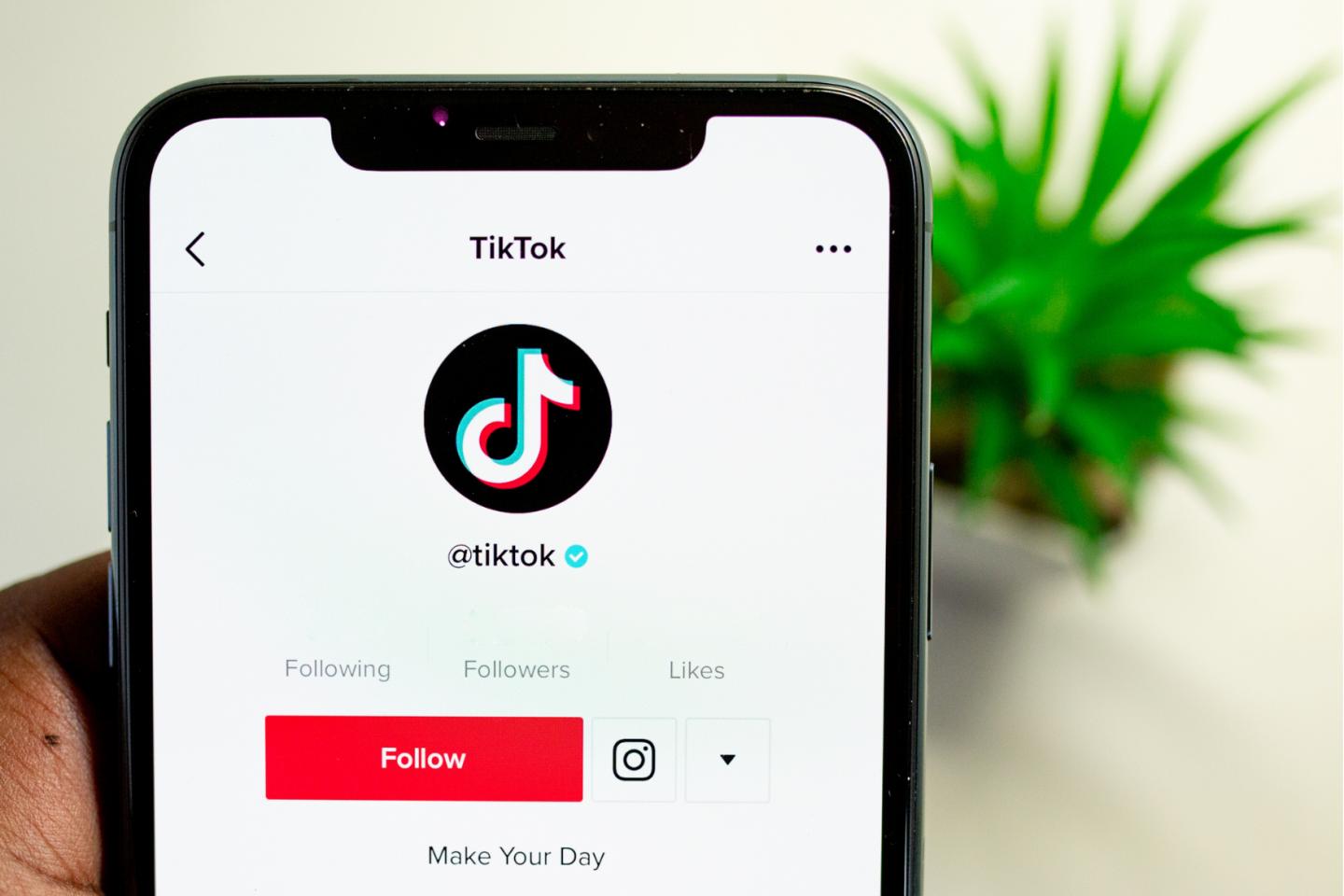 How Has TikTok Changed The Music Industry?

TikTok is nothing short of a phenomenon in the world of social media and digital culture.

Since launching in 2016, the popularity of the platform has spread like wildfire. In October 2018 it was the most downloaded photo and video app in the Apple store, and it currently boasts around 500 million monthly active users.

The premise of TikTok is simple. Users create short and snappy videos that are then shared with friends and followers. However, it’s this simplicity and single-mindedness that has helped to boost the popularity of TikTok around the world.

Since the video content on TikTok is bite-sized, it can easily be consumed in large quantities - viewers can scroll through reams and reams of fresh content, quickly discovering new creators and instantly sharing videos with their friends.

All of this leads to highly engaged users, active video makers, and mountains of content available for consumption.

Advertisers are capitalising on huge marketing opportunities, businesses are connecting directly with their customers, and content creators (from influencers to established production companies) are exploring new ways to distribute videos.

But of all the industries being influenced by TikTok, the music industry is potentially experiencing the biggest shifts.

Let’s take a look at how the music industry is being shaped by the trends, behaviours, and opportunities emerging from TikTok. 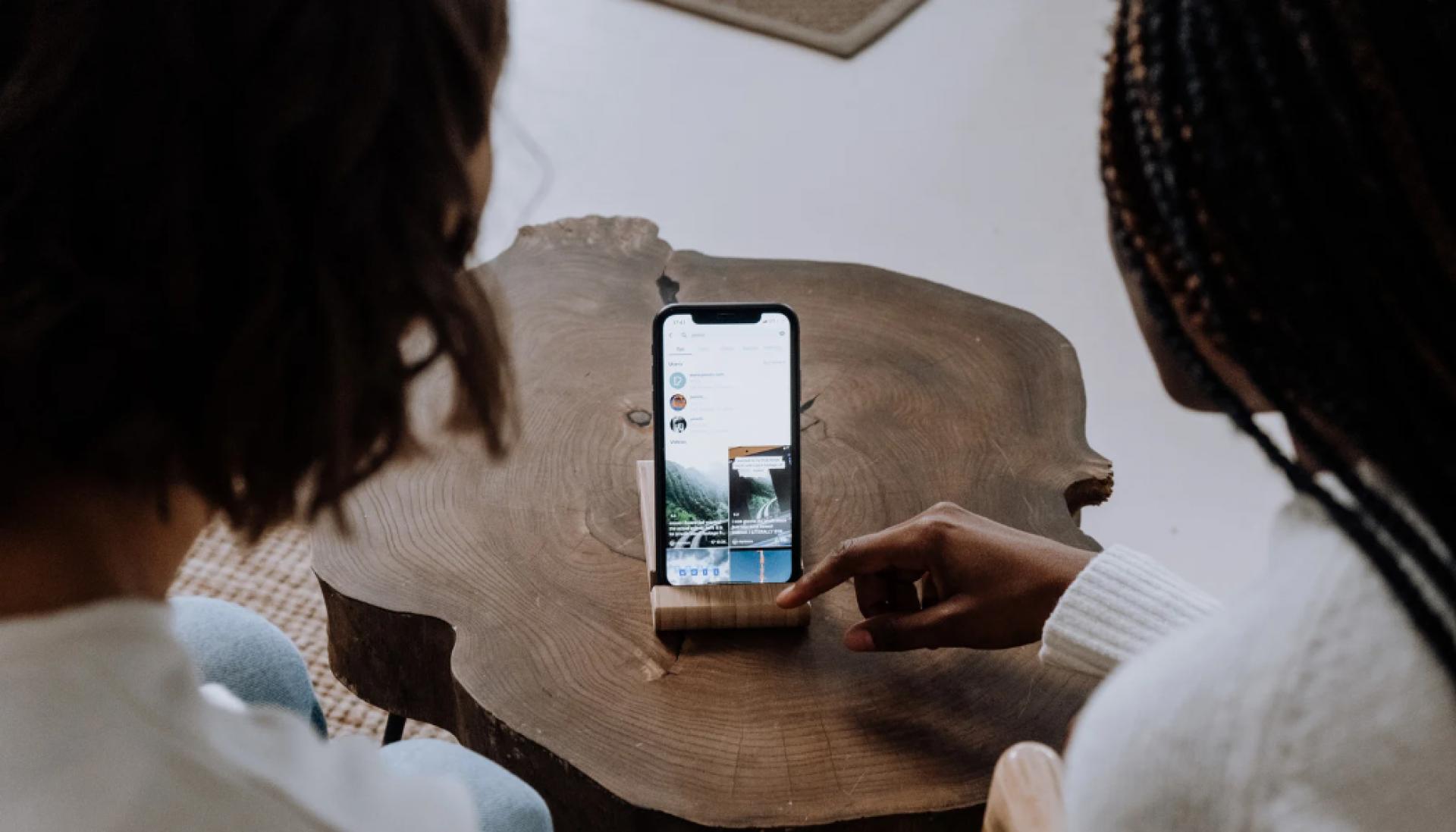 When you think about online music consumption, you’ll probably think of platforms like Spotify and Apple Music - which makes sense.

These platforms are designed specifically for music. Listeners collate their favourite songs and follow their favourite artists, using algorithms that suggest similar tracks that align with their existing preferences.

So how is TikTok entering the conversation around digital music?

While TikTok may not be designed exclusively for music consumption, the app has found a niche in this arena because it operates in a different way to traditional platforms.

When a song goes viral on TikTok (through a snippet, lip-syncing trend, or new dance routine) it’s immediately showcased to millions of users around the world, regardless of their music preferences.

Tracks are now gaining momentum and mass popularity purely through viral trends. They reach different audiences around the world and climb the charts, regardless of genre.

Users are now looking beyond familiar music platforms and frequently discovering new songs through TikTok, which is opening up opportunities for artists, labels, and consumers alike. 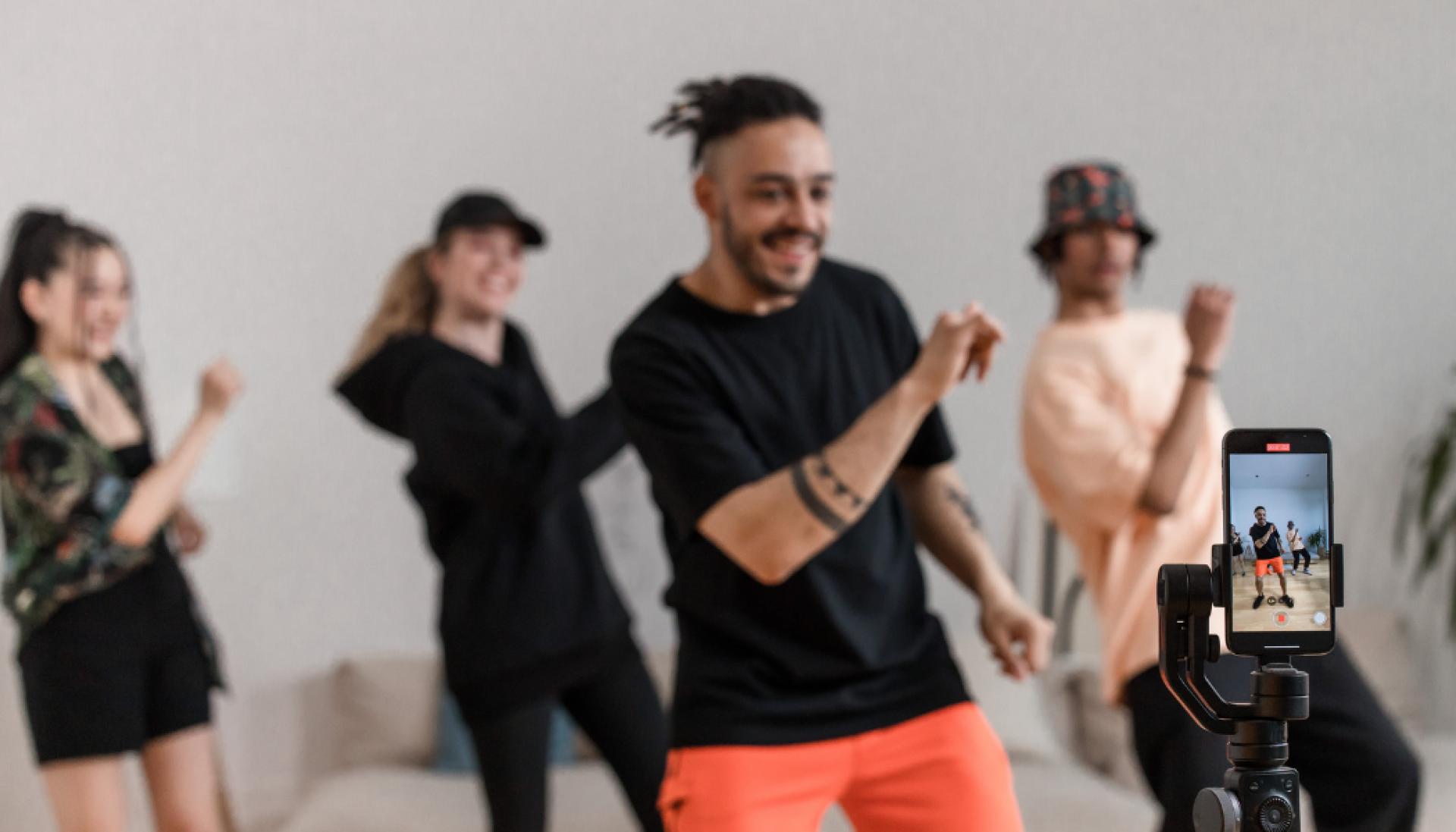 TikTok is rapidly changing the way that music is promoted and distributed, for both recording artists and record labels.

TikTok is now providing artists with an unprecedented level of autonomy and independence.

In previous decades artists relied heavily on record labels to promote their songs, negotiate radio airtime, and distribute their CDs. Signing to a label was crucial for success.

Now, independent artists can share their original material within a matter of seconds through TikTok, empowering them to take control of their own promotional campaigns.

That’s because TikTok offers a lot of the same benefits as a record label - enormous reach, significant influence, and access to new audiences.

Several world-famous artists have already skyrocketed their careers through TikTok, proving the potential of the platform. Sam Ryder built an online following by recording cover songs throughout lockdown - since then, he’s amassed over 12m TikTok followers and performed on Eurovision.

Nathan Evans has a similar story. Having released a sea shanty that gained viral fame in 2020, the former postman has recently launched a new single and is also publishing a book.

These TikTok musical success stories all have one thing in common. They gathered organic momentum through TikTok engagement, rather than needing any external assistance from labels or promoters.

Artists are undoubtedly being empowered by the TikTok phenomenon, but labels are also identifying strong opportunities for commercial success.

While previously record labels needed individual artists with serious star power to promote music, they can now enlist the help of multiple micro-influencers to generate buzz. Micro-influencers tend to have between 1,000 – 100,000 social media followers.

These micro-influencers can deliver millions of video views at a reasonable cost, which is ideal for labels looking to engage audiences at scale. Micro-influencers can release song snippets, dance challenges, and lip-sync videos to support song launches.

Zach Friedman, the co-founder of record label Homemade Projects, explains the dynamic this way: “Instead of paying a premium for a D'Amelio, you could pay a micro influencer $200 and their TikTok could get 10 million views. Because of this, it's better to cast a wider net."

Recording artists can now ride the wave of TikTok fame to increase their exposure, but labels can also take advantage of this trend.

However, these opportunities aren’t without their drawbacks.

The world of TikTok content moves at an eye-watering speed. Social media trends can vanish as quickly as they appear, meaning creators need to stay relevant and visible to succeed in the long run.

This places increasing pressure on artists to constantly promote themselves on TikTok while also recording new music and performing live shows. This is a tricky balance, and artists can quickly find themselves becoming fatigued when trying to build a presence on TikTok. 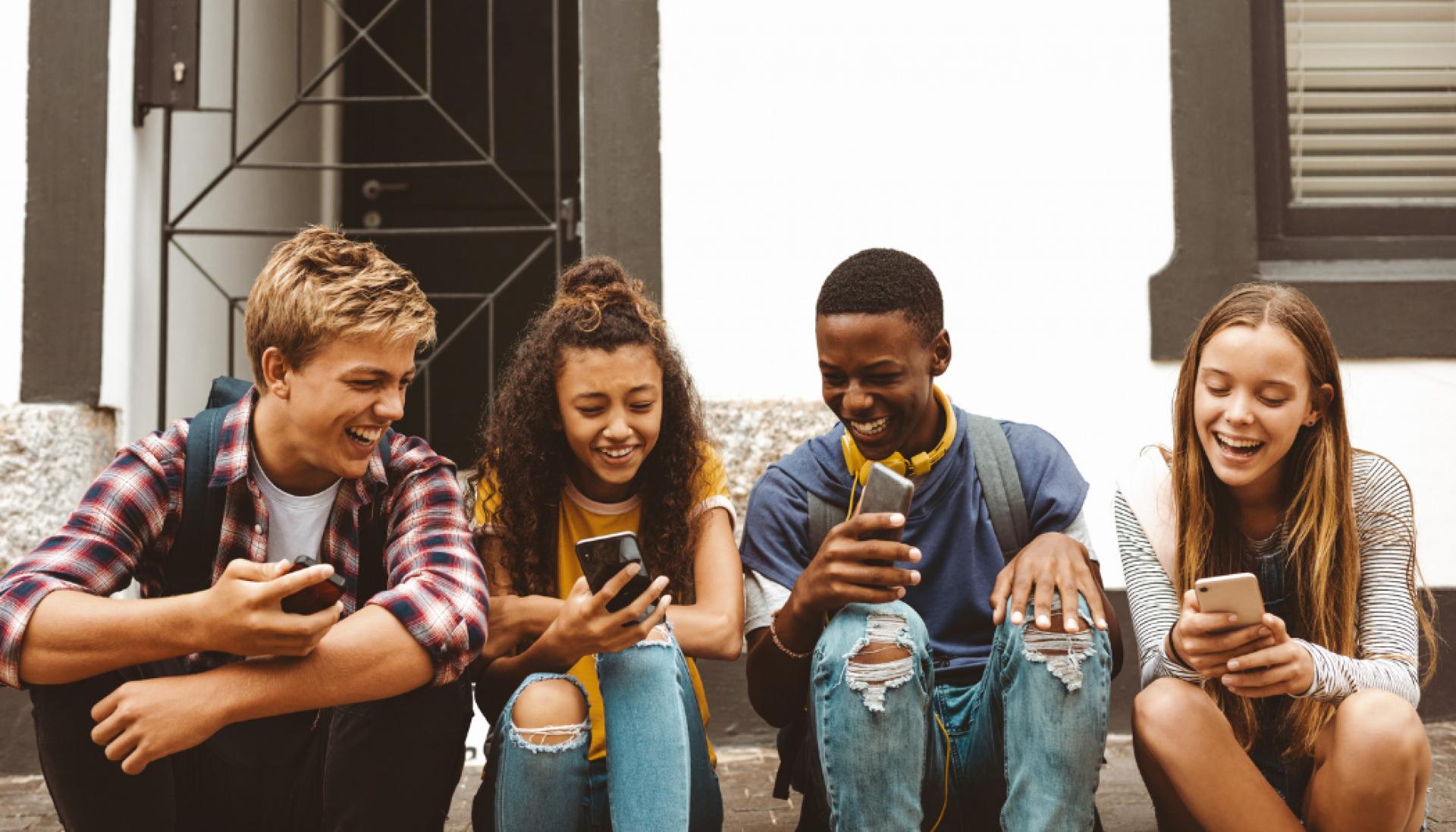 Traditional music channels (e.g. broadcast radio, Spotify) tend to work through a one-way system. Music is uploaded or broadcast, and listeners consume it.

TikTok is a much more interactive environment, and as a result, the lines between consumers and artists are being blurred.

Music industry analyst Tatiana Cirisano has compiled some fascinating research on TikTok users. The data shows that 17% of these audiences buy artist merchandise on a monthly basis, compared to just 9% of the general population.

The TikTok app is also built for interaction. Users can instantly respond to new music with their own videos, filming dances or reactions that can increase reach and fuel viral success.

The power of the audience

Not only are listening audiences more actively engaged than ever before, but they also wield a huge amount of influence when it comes to trending music and popular tracks.

In fact, modern audiences are so powerful that tracks from previous decades can now be resurrected overnight. That’s because UGC (User Generated Content) dictates what’s popular in the charts nowadays, rather than the other way around.

Kate Bush is a prime example of this. Her track ‘Running Up That Hill (A Deal With God)’ was released in 1985, but has now soared to number one in the charts due to its appearance in the show Stranger Things.

The track has inspired a plethora of social media trends, particularly on TikTok, and these trends are fuelling the song’s incredible revival.

TikTok has certainly shaken up the music industry in a few ways, and many of these changes are likely to be permanent.

Artists have more power than ever when it comes to self-promotion, record labels can utilise micro-influencers to generate excitement, and listeners are being exposed to a vast amount of new music.

Although musicians will need to manage their time carefully to avoid burning out on TikTok, the platform has essentially democratised the music industry - and this can only be a good thing for both consumers and creators.

As the resident Creative Industries expert here at Harmonic, if you have any hiring needs within your business, please reach out to me on ed.naish@harmonicfinance.com