With retail giants closing down around us, we examined 9 of the fastest growing UK businesses to try and work out what makes them tick... 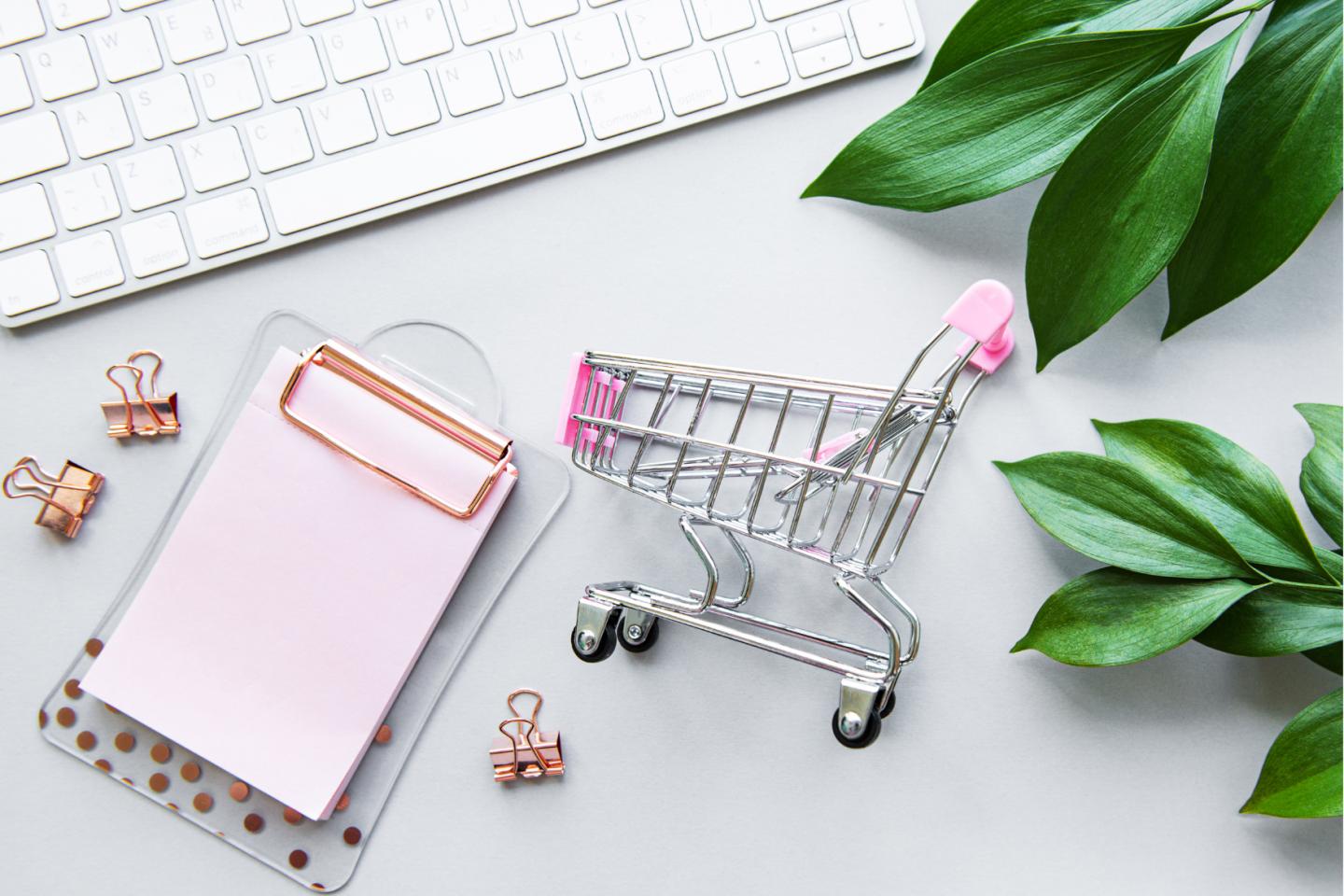 It’s a funny old world, retail. In the same quarter that Harrods first breaks the £2bn+ mark, household names such as Toys R Us have gone bust. The high street in particular is a shifting landscape. Five years ago, experts were talking about the death of the high street and the rise of online shopping; but many in our list started online and are now setting up physical locations around the UK.

What’s the formula? Well, a few of our clients seem to have it, because they’ve made list! They’re a mix of businesses - from soap to sideboards and everything in-between.

Farfetch are problem-solvers. They identified a problem that riles consumers and halts sales; the dreaded ‘SOLD OUT’ message on an item they love. They track every item in over 400 independent boutiques, with customers given reliable access to more than 1,000 brands in 40 countries.

They’ve also identified a problem for their suppliers. Working with small but high-end boutiques around the world, they found that their marketplace was the perfect way to provide high exposure, low shipping costs and a global logistics structure. Farfetch even offers same day delivery for customers in fashion hotspots (London, Paris, New York, Rome…)!

Far from being online-only, Farfetch acquired London boutique Browns back in 2015 and converted it into a ‘Store of the Future’ showroom. Founder and CEO Jose Neves’ vision is to pave the way for the next generation of bricks-and-mortar stores. Marrying the efficiency of online with the magic of in-store buying. If anyone can pull it off, it’s Jose.

With a 70% rise in revenue, UK sales growing to £12 million and the increasing likelihood of an IPO in the near future that could value Farfetch at up to £5 billion, this young retailer is one to watch.

This entry won’t come as a surprise to anyone, really! Asos are giants of online fast-fashion, mixing their own branded items with high street brands, sportswear behemoths and designer labels. They also host the Asos marketplace, a platform for individuals and up-and-coming second-hand retailers to sell used and vintage items. Although the latter isn’t a huge income stream, it ensures that their demographic keep the store in mind, whatever fashion items they’re shopping for.

An unashamedly online-first retailer, there are rumours circulating about a possible physical store in the style of Farfetch (perhaps 2018 will be the year we find out?). Their commitment to online and strong social media presence however have been the keys to their success. Not hit by rising rents and property costs like many of their UK rivals, Asos have sustained growth during tumultuous times.

They were also among the first to develop (and subsequently, improve) an app for their customers. In the intense competition for phone-screen real estate, this foresight may ensure their success for years to come.

Superdry have an interesting growth story. The weakened sterling following the Brexit vote gave them an upturn in international trade. Consequently, they launched a new sportswear line (Superdry Sport) into over 100 countries.

Their already impressive portfolio of 500 brand stores worldwide is also set to grow this year - by another 80 locations in 2018.

Another name we all expected to see here. Primark’s numbers are consistently phenomenal. Despite not selling so much as a pair of socks online, one in seven of every clothing item sold in Britain is from Primark. One in seven.

There were 80 new UK outlets in 2017, taking their UK total to 174 stores. There are 10 more stores planned for this year, including Birmingham; set to be the largest Primark in the UK. A place of pilgrimage for many, no doubt.

Much like Superdry, Primark saw a boost from the falling pound – with foreign shoppers helping them to reach record sales over Christmas.

Founded in 1995, Lush has since become a bastion of the British high street. Who can forget the first time they were hit with the smell of a Lush store as they walked past?

All products are handmade, 100% vegetarian, 80% vegan and Lush have never tested on animals. They’ve also donated over £17m to environmental charities. These are important facts and figures in an increasingly socially-conscious society, with Aflac research indicating up to 81% of consumers are more likely to purchase from philanthropic brands…

Lush have slowed their conquering of the high street, moving away new stores in favour of improving the experience in their current locations. Much in the way that Farfetch are trying to innovate fashion retail, Lush are committed to improving the beauty-product shopping experience. Their Black Pot Program – exchange 5 empty pots for a free facemask – has been a successful retention scheme and further bolstered their environmental image.

Matchesfashion are an example of a brand pivoting to stay with the times. Beginning life in 1987 as Matches, they shifted towards online sales in a move that proved to be a big success (95% of their revenue was generated there last year!).

It’s not all online, though. As well as three London stores, Matchesfashion also operates a private townhouse for VIP clients with private shopping suites, events and more. If you’re ever invited to a last-minute party there, head online to get your outfit en-route! Their heavy investment in fulfilment has meant that they can offer Londoners same-day delivery within 90 minutes. This means that their exclusive clientele can enjoy a silk Gucci shirt right when they need one. Nice.

Made.com are yet another online-first company that have opened physical locations, with showrooms in London, Birmingham and Redbrick, West Yorkshire. Even with huge online success, it’s hard for anyone to resist the magic of showing customers a physical product to fall in love with.

They also host the Unboxed forum, a place for customers to share photographs of their furniture – a great idea that, like Asos, keeps their demographic engaged and returning.

Sticking with the furniture theme; Loaf are another fast-growing retailer with physical ambitions. Founder Charlie Marshall says he started the original company (The Sleep Room) following a tough day out bed shopping. Frustrated with the offering, Marshall opened this online store selling the beds that he felt the market was missing.

Fast-forward ten years and Loaf enjoy both a slice of the online market as well as a series of ‘Loaf Shacks’; physical stores in which customers are encouraged to watch movies, enjoy the furniture and experience products in a natural way.

We’re seeing a pattern here. This is yet another example of a successful online retailer trying to change the way we shop in person. Bed shopping as it should be, perhaps.

Loaf turned over a handsome £33m last year and are set to continue their growth in 2018. See you at the shack.

This, perhaps, is one you didn’t expect. Amidst a sea of fast-fashion, online pivoting and revolutionary shopping experiences; a legacy favourite stands proud.

As mentioned, Harrods first broke the £2bn+ sales mark this year for the first time, with Harrods financial officer John Edgar exclaiming, “every year seems to be a record year for us at the moment and long may it last”. Indeed!

Harrods also experienced a surge in sales following the Brexit vote and subsequently-weakened currency. It is thought that tourists flocking to this London Mecca provided a 23% boost in revenue during 2016.

Acquired in 2010 by Qatari Holding, Harrods has seen £450m of investment; bringing with it a luxury wellness clinic, additional space for designer collections, faster internet speeds and more.

2017 was the eighth year in a row for records soaring profits at Harrods; operating products shot up 42.3% to a healthy £253m.

What to do if you’re missing Clerkenwell Design Week