We took a staff trip to Lisbon to enjoy the amazing Nova Batida festival. This write up brings you the sights, sounds and flavours of the festival as it happened. 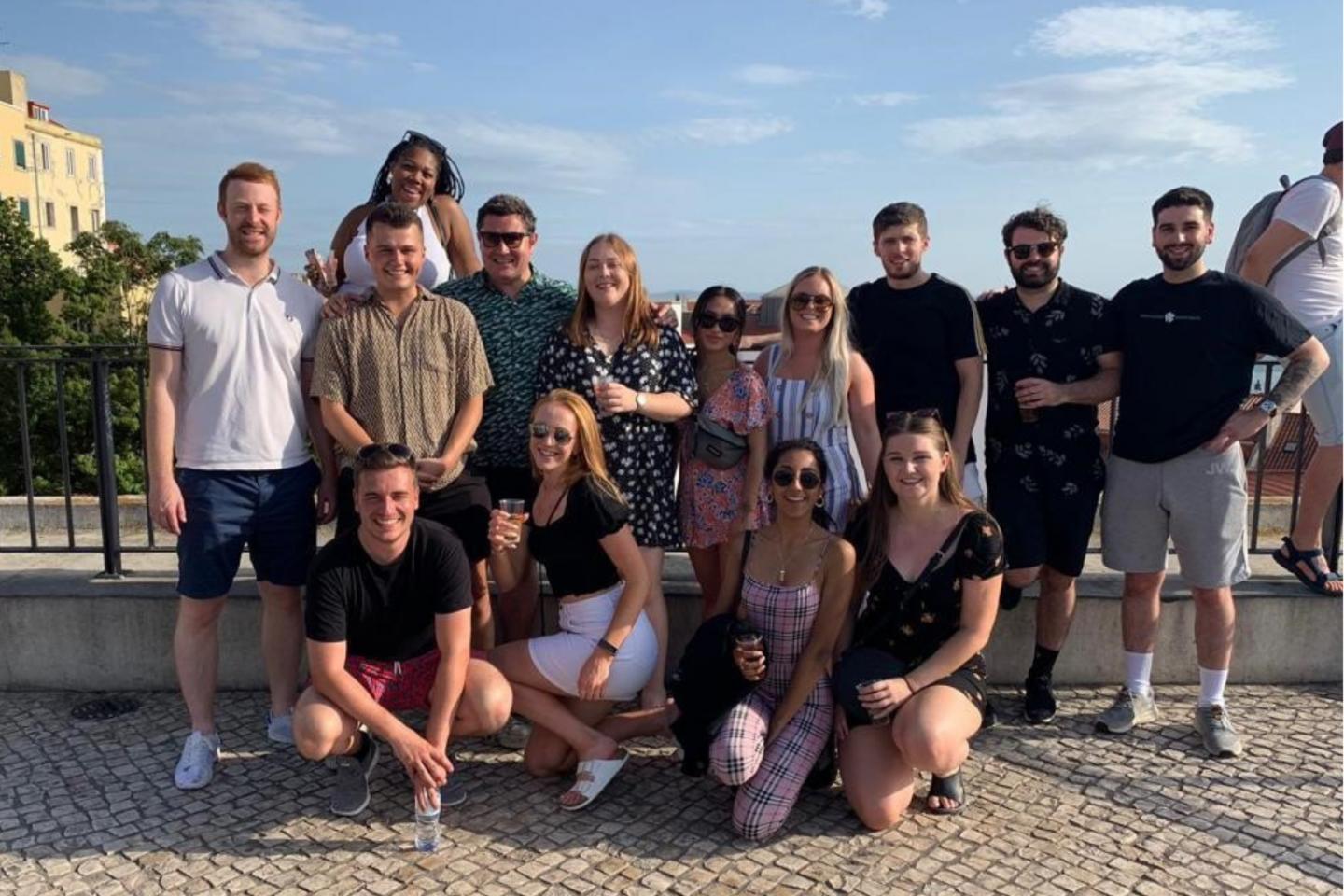 Harmonic took a trip to Lisbon to visit Nova Batida, translation: new beat, is a 3-day festival combining music, art and local culture. The festival is based at the LX Factory and Village Underground (yes, like the one in Shoreditch with the tube carriages). Nova Batida is a multi-genre festival mainly showcasing varieties of electronic music, but with culture talks and fitness events thrown in too. There’s something for everyone within the super-cool venue and the wider city…

Village Underground is also a member of Liveurope, an initiative supporting concert venues in their efforts to promote up-and-coming European artists. The objective of Liveurope is to boost the programming of young European acts across the continent and help them reach new audiences. Established in 2014, the Liveurope platform is the first initiative of its kind in Europe. Members include: Ancienne Belgique and the famous Melkweg in Amsterdam.

“Many cultural organisations and artists around Europe struggle to find new ways to survive and develop in times of change and declining financing structures for culture. This is the reason why Creative Lenses, a unique cooperation project funded by the Creative Europe programme of the European Commission was created.”

This really struck a chord with us in terms of platforming creativity and young talent, as well as fostering community, which are important to all of us at Harmonic. It’s great to know that we were using our reward time to support local and growing artists across the continent.

There was an incredible range of diverse artists from different genres and niches, true to the ‘new beat’ theme of the festival. Here are three that stood out for us:

Jordan Rakei - a modern soul artist, originally from New Zealand. Jordan Rakei is a multi-talented artist with skills spanning musician, singer-songwriter and record producer to name a few. We’d be happy with just one! Jordan was once signed by Ninja Tune in 2019 for his track ‘Sorceress’ since then he has decided to branch out on his own, creating his label 4101 Records. He currently lives in London, see keep an eye out for gigs around the city…

Talib Kweli - a rap artist who is also one half of Blackstar (yes, Beyonce’s favourite album) with superstar rapper Mos Def. Tablib Kweli’s rap style is a clever and insightful, with a real focus on social issues that reflect his home city of New York. He is also the founder of Javotti Media, where he has racked up album features from Nelly, Kendrick Lamar and Busta Rhymes.

Dan Shake - a famous disco house artists currently signed to One House Artists. Dan Shake really amplified the atmosphere with his groovy vibes and had everybody at the festival dancing. He began his music career with the release of 3AM Jazz Club/Thinkin’ back in 2014 with Mahogani Music and has grown with the industry since then. His set was a great Highlight for Nova Batida!

I think everyone agreed that aside from the festival itself, the food and wine tour was a great highlight – I would recommend. We were able to get an insight into the local Portuguese food & culture and the tour guide was incredible. We visited traditional eateries and dined on delicacies such as cod cakes and sparkling wine, to cheese & port shots (when in Rome, Lisbon…) to pork buns and beer and lastly chorizo and sangria. It’s safe to say we were pretty full…and slightly merry, haha.

We then finished off with a local guide, on which we learnt more about Lisbon’s history and rich culture… the photographs speak for themselves!

It was great seeing some of the best DJs in the world at such a cool venue in Village Underground in Lisbon. The food and wine tour was amazing, such a good way to see the city whilst trying out some of the best, authentic food and bev in Lisbon!

Until then, enjoy the photos and perhaps book yourself a spot for next year’s event…