What does the rise of NFTs mean for the TV & Film Industries?

If you’ve been anywhere near the internet recently, you’ve no doubt seen NFTs (Non-Fungible Tokens) skyrocketing in popularity. And if you’re still not entirely sure what NFTs are, don’t worry. You’re not alone. 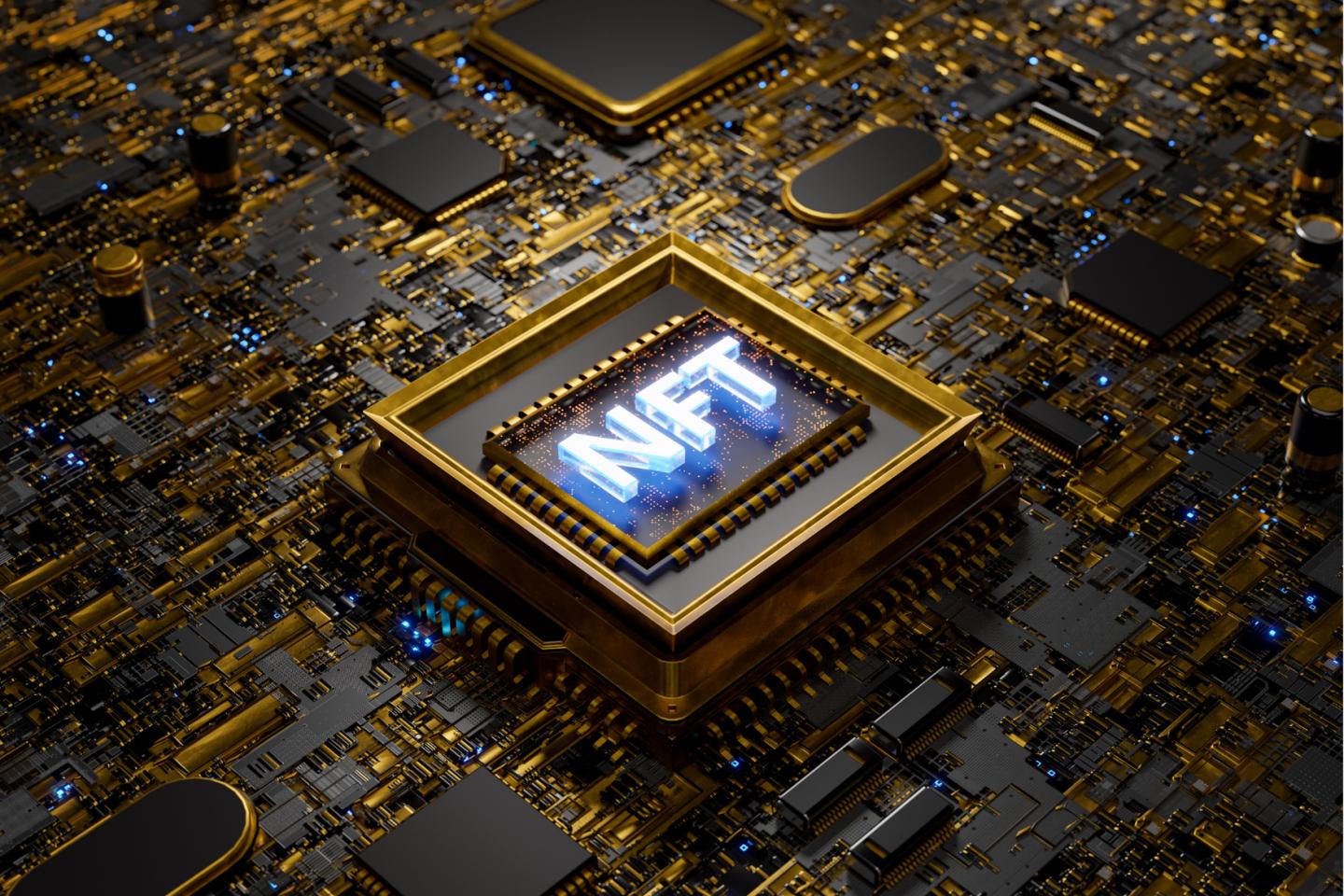 What does the rise of NFTs mean for the TV & Film Industries?

If you’ve been anywhere near the internet recently, you’ve no doubt seen NFTs (Non-Fungible Tokens) skyrocketing in popularity.

And if you’re still not entirely sure what NFTs are, don’t worry. You’re not alone.

NFTs are non-interchangeable units of data, stored on a blockchain (which is effectively a digital ledger that can be sold or traded.)

But what does that actually mean?

Well, you can think of these tokens as virtual collectibles. NFTs contain digital files such as artwork, photos, videos and audio clips. Their value depends on the scarcity of the digital asset.

NFTs emerged in 2017 - and they arrived with a bang. A blockchain game called CryptoKitties allowed users to buy, sell, and create digital cats. Each kitty became a unique NFT, and their value quickly increased. In 2018, one of these cats sold for $140,000.

And the NFT revolution has only gained momentum since then, infiltrating various markets and adding a new dimension to different products.

The creative industries have been particularly quick to adopt NFT technology. Artists and musicians have utilised NFTs as a new way to build excitement around their projects and distribute their work online.

Kings Of Leon, for example, generated $2m in NFT sales from their most recent album.

So, what does the rise of NFTs mean for the TV & film industries? How might these tokens change the landscape, and what value can they bring to producers and consumers? 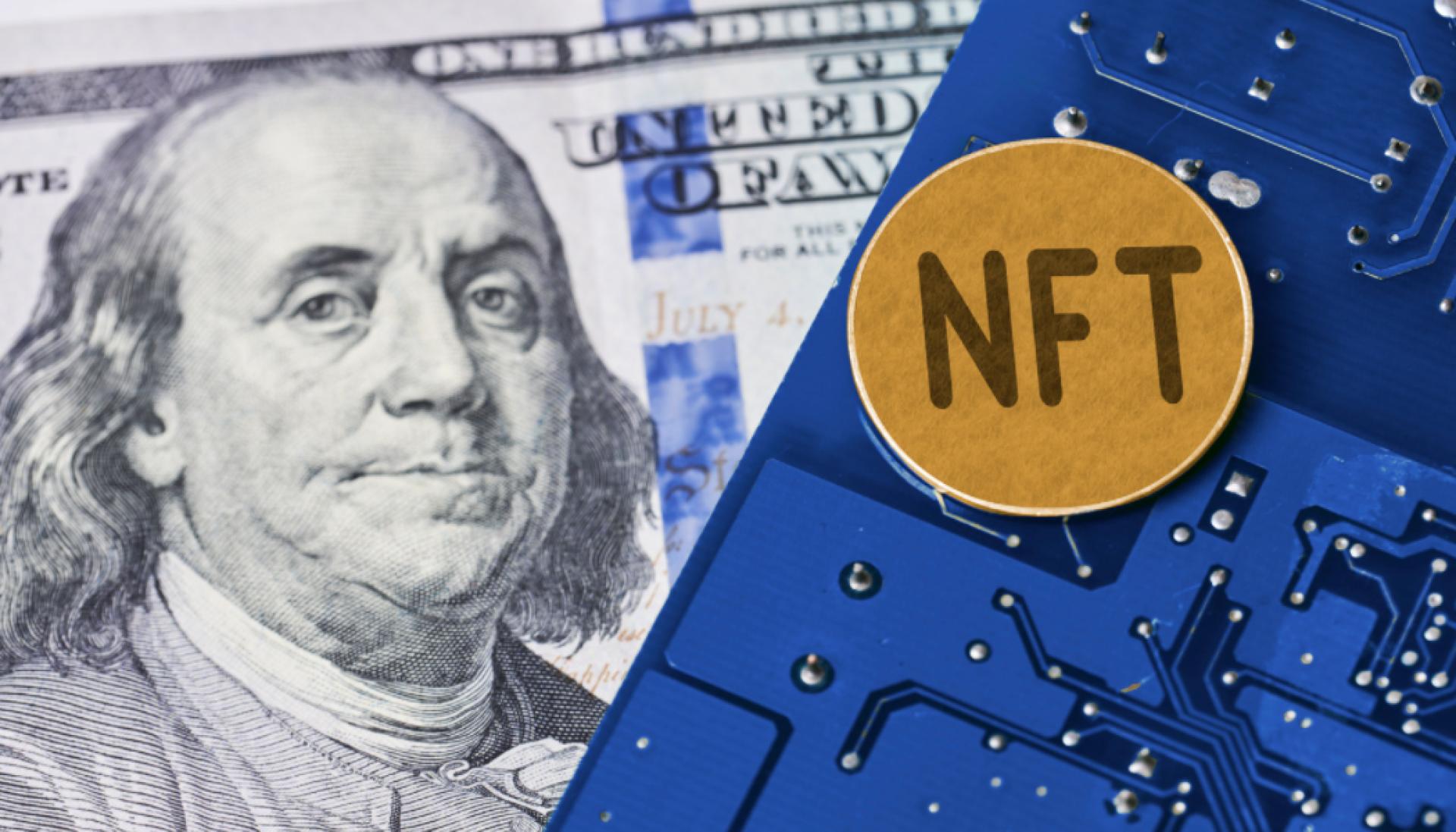 NFTs have opened up innovative new funding opportunities for producers and distributors.

Filmmakers can now create digital assets from upcoming films (e.g. soundtracks or artwork) and sell these as valuable NFTs.

This effectively works in the same way as crowdfunding, and the token sales can be used to raise funds for new productions.

However, the impact of NFTs on production companies extends even further.

The accessibility of tokens means that smaller, independent production companies can now open up their projects to secure fresh investment and financial backing. The gap is gradually closing between established studios and up-and-coming creative teams.

A recent example of this comes from Arabian Camels, an NFT community that is funding a $50m Hollywood movie through tokens. The NFTs offer buyers a part-ownership of the project, meaning they can enjoy a percentage of box office and streaming revenues.

This two-way dynamic has clear benefits for both buyers and producers.

NFT holders can access unique benefits (including set visits, premier tickets, acting roles and revenue splits) while the filmmakers can rapidly generate funding. As long as producers and distributors can create compelling tokens that offer genuine value, they can open up new revenue streams.

This is a particularly powerful opportunity for smaller firms who might previously have struggled to source the necessary funding for a film project. 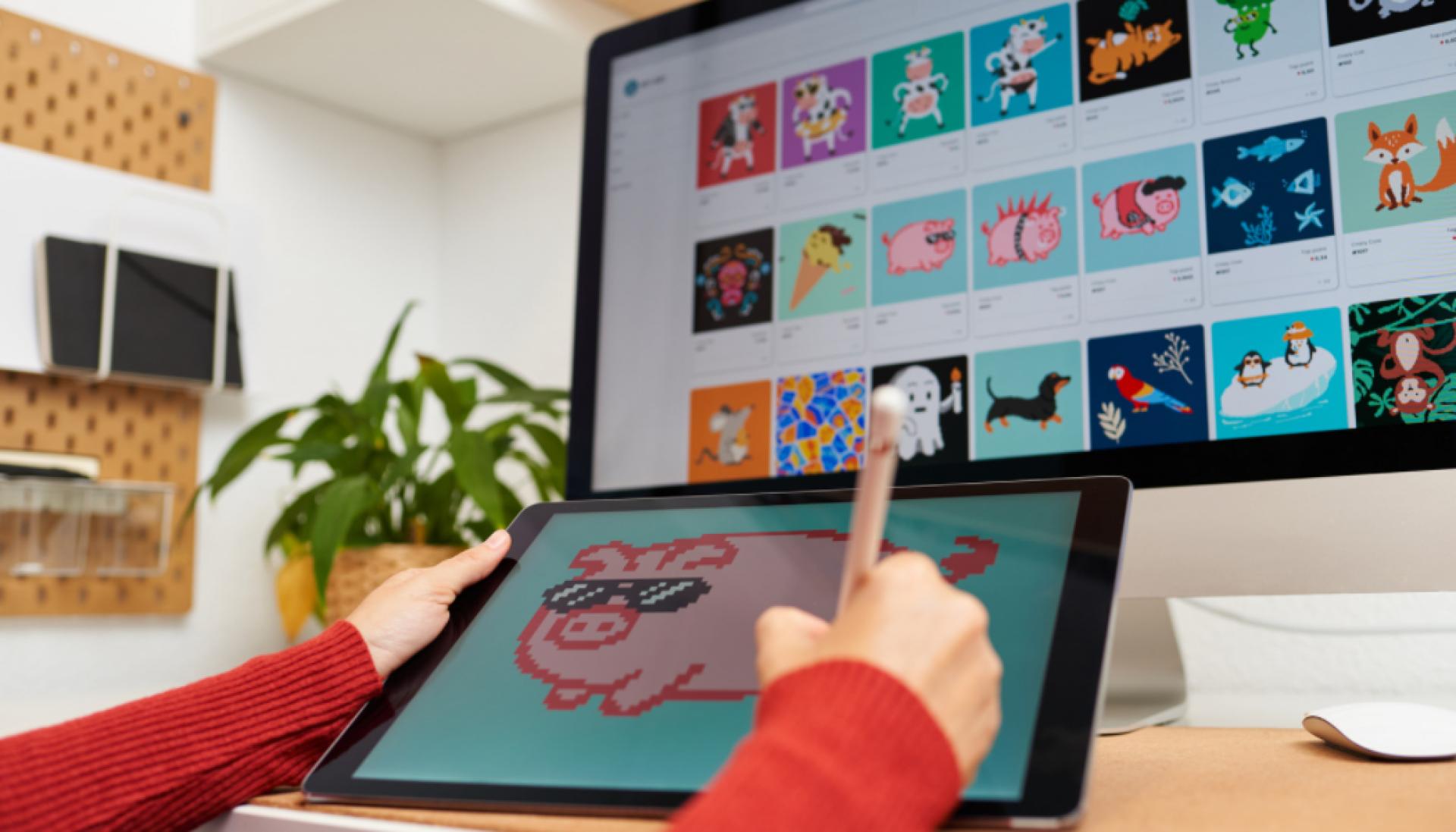 The consumer engagement aspect of NFTs is also very important to consider in the world of TV and film. Although financial opportunities are a major benefit for filmmakers, direct interactions with customers can build huge interest and excitement around new projects.

For example, Stoner Cats (an animated series released in 2021) could only be viewed at release by NFT holders. Over 10,000 NFTs sold out in under 35 minutes, raising a total of $8.4m.

This sense of exclusivity can be very appealing to potential buyers, and makes token owners feel like they’re part of a special community.

For a long time, digital content has been focused on mainstream accessibility and scale.

NFTs are now being used to achieve the opposite, offering buyers unique and personalised experiences that aren’t available to the majority of viewers.

Expect to see more and more of these NFT projects emerging in future, where buyers can enjoy exclusive content or even contribute directly to the creative process.

Implications for the industry

NFTs can be bought and sold freely by anybody who can afford them. This has effectively democratised the TV and film production process.

Fundraising and distribution are no longer restricted to massive studios with big budgets and industry connections. Smaller firms can now take control of their finances by using NFTs - they can essentially source their own investors at scale.

More content being produced by ambitious firms can only be a good thing for audiences.

However, NFTs aren’t just impacting the financial side of things. Enhanced customer engagement is a big plus for both larger and smaller studios.

The evolving role of consumers isn’t limited to sitting and watching the final product. NFT holders can now partake in the production process and access exclusive content - a major change for the future of the industry. 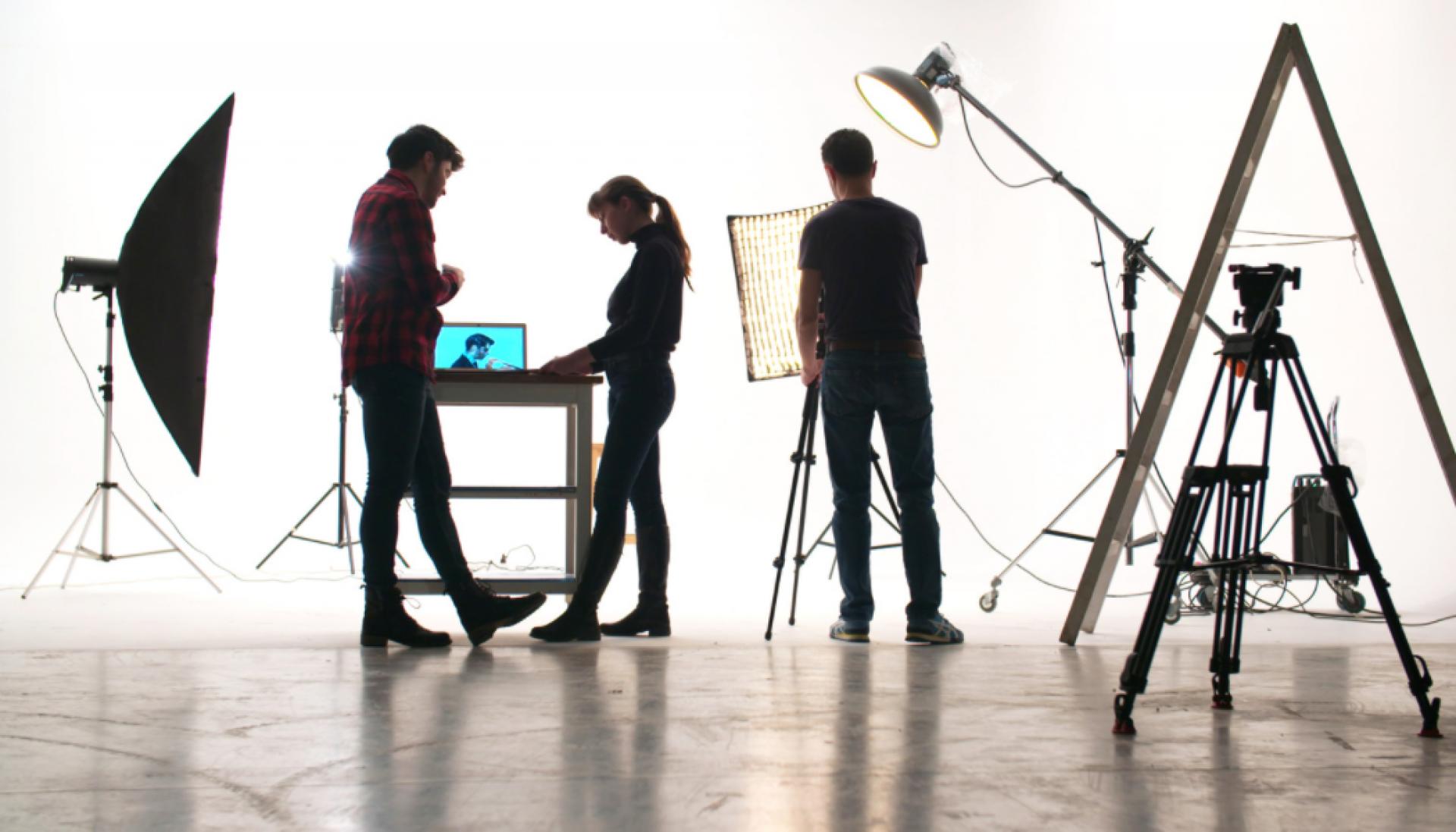 What does the future hold?

NFTs are already creating some exciting opportunities in the world of TV and film, and their potential hasn’t even been fully explored.

But it’s not all positive news when it comes to NFTs.

Firstly, there’s an environmental impact to consider. Data mining is the process that creates new digital currency, which can then be used to purchase NFTs. This process can require huge amounts of energy to complete, which has caused growing environmental concerns.

Secondly, NFTs are still a relatively new concept. A lack of regulation often opens up opportunities for scam artists and fraudsters. This can be dangerous when large sums of money are being transferred for a token.

It’s all too easy for digital assets to be replicated and sold, and since online verification is more difficult, it can be tricky for fraudulent sellers to be held accountable.

James Ball (tech journalist and author of The System) has compared NFT sellers to ‘the people who will sell you an acre of the moon’. He argues that tokens have no value outside of their own internal world, and the middlemen set to make profits from every transaction are the only ones benefiting.

However, although there may be some growing pains associated with NFT technology, the potential for the TV and film industry is clear.

Buyers can enjoy incredible experiences through NFTs, while studios can access a totally new source of funding and reward loyal fans.

One thing is certain - NFTs won’t be going away anytime soon, and the possibilities are endless for studios who can utilise them correctly.

Harmonic works with businesses at the cutting edge of innovation across Tech, Fintech as well as CreaTech. Our network of clients in the start-up and scale-up community have been at the forefront of introducing revolutionary ideas and solutions to problems. Harmonic partners with entrepreneurs who are looking to build out their Finance & Operations teams, helping them to find the people that will make their business great. If you would like to discuss how we’d be able to support you with building out your team, you can drop me an email on ed@harmonicfinance.com.